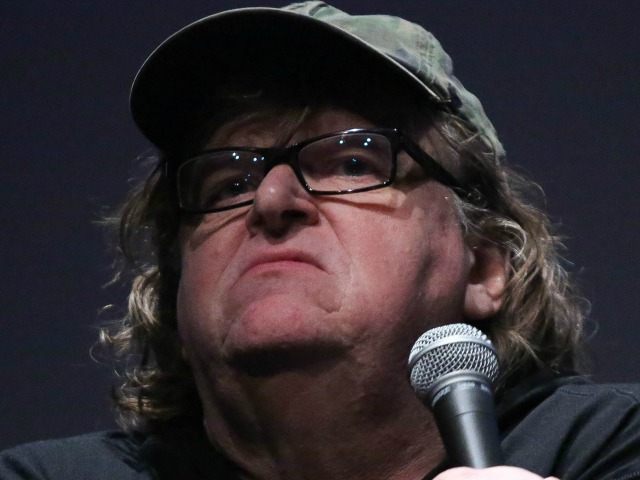 Moore: Trump Tried to Create Chaos Like Hitler to Stay in Power

Friday on MSNBC’s The Beat, America-hating documentary propagandist Michael Moore claimed hyperbolically that former President Trump tried to create chaos after the 2020 presidential election, just as Adolf Hitler did in Germany in 1933.

Discussing the January 6 Committee report, Moore said, “The committee did such an incredible job. People will read the ‘Cliff Notes’ version, or they will read the whole thing, or they will watch your 25 minutes. But I’m telling you that I truly believe in the goodness and the belief in justice of the American people that they are not going to tolerate this. You said in one of your comments there that we have a fair system, and I want to believe that too, but the people watching this show know there are two sets of rules one for the wealthy and connected, and one for the rest of us and that is how he has gotten away with this. The key for us as the public is to not let him get away with it.”

Get away with what? The Committee has no evidence that Trump committed a crime or incited violence, or even that there was an organized insurrection on January 6 — just as the same Democrats failed to prove Russian collusion in the 2016 election, another sham “investigation” designed to smear Trump and his supporters.

Moore continued to rant, “The report says this comes down to one individual. The plot started before he knew he was going to lose. That is the most important part of the conspiracy and everything they had in place. As you said, the key was to create chaos, chaos from election night onward so nobody could get the thing together to make this happen, the chaos theory. In ’33, there was no Holocaust, but immediately Hitler and the Nazis started creating chaos.”

Ridiculous. There was no conspiracy, no insurrection, no organized chaos except on the part of the Deep State which instigated everything that happened on January . And anyone who evokes Hitler in discussions of anything less than monstrous evil should be banned from mainstream media.