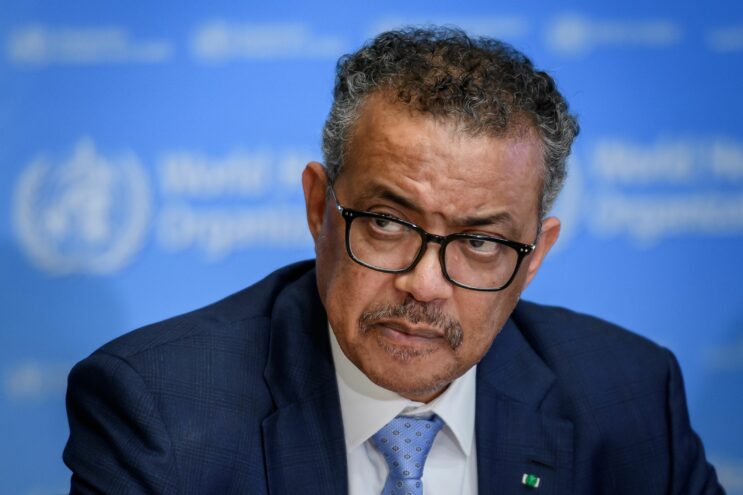 World Health Organization (W.H.O.) Director-General Tedros Adhanom Ghebreyesus declared on Wednesday that he is “very concerned” about the coronavirus situation in China, where the Communist Party lifted some of its draconian lockdown measures with seemingly minimal preparation, resulting in large numbers of infections and potential deaths.

The Chinese government announced in early December it would “optimize” its “zero-Covid” strategy, which for nearly three years relied on city-wide impositions of house arrest rules and the imprisonment of thousands of people in quarantine camps, including both those infected with Chinese coronavirus and those suspected of having been exposed. The strategy resulted in at least dozens of deaths from starvation, neglect, lack of medication, or suicide, and triggered a wave of protests nationwide.

Following the protests in late November, authorities announced an end to “large-scale” lockdowns, reserving the right to impose house arrest of residential complexes or neighborhoods, and a new policy that allowed asymptomatic carriers to avoid the quarantine camps. Some three weeks later, reports out of China’s major cities warned that funeral homes and crematoriums are overwhelmed with bodies, even as China documents a very low number of coronavirus-related deaths.

Tedros – whose tenure at the helm of the W.H.O. has been a friendly one to the Chinese Communist Party – addressed the situation during the agency’s last press conference of the year on Wednesday. Tedros declared his agency “very concerned over the evolving situation in China with increasing reports of severe disease.”

“In order to make a comprehensive risk assessment of the situation on the ground, W.H.O. needs more detailed information on disease severity, hospital admissions, and requirements for ICU support,” he said. “W.H.O. is supporting China to focus its efforts on vaccinating people at the highest risk across the country and we continue to offer our support for clinical care and protecting its health system.”