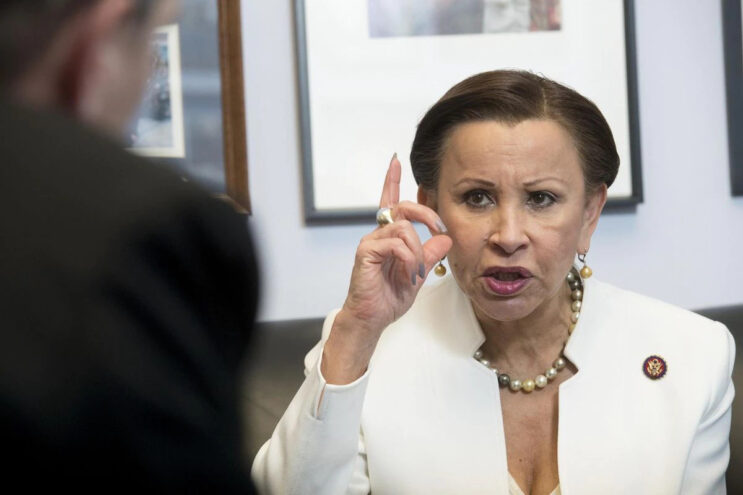 House Democrats on Thursday crowed about a bill that gives Puerto Rico the option of possibly becoming the 51st state.

“Today, for the first time in our nation’s history, the United States will acknowledge its role as a colonizing force and Puerto Rico’s status as an extended colony,” Rep. Alexandria Ocasio-Cortez, D-N.Y., said on the House floor.

Rep. Nydia Velazquez, D-N.Y., who was born and raised in Puerto Rico, compared U.S. control over the island to British control over America in its colonial beginnings.

“Congress’ unlimited plenary powers over Puerto Rico is reminiscent of the monarchical powers enjoyed by King George III, against which the founders of the American Republic so bravely fought,” Velazquez said. “If Hamilton and Madison were alive today, they would be shocked to see how the anti-colonial Constitution they drafted in 1787 is currently used to legitimize colonialism in Puerto Rico even 300 years later.”

The bill passed in the House of Representatives in a 233-191 vote thanks to help from more than a dozen RINOs.

The U.S. acquired Puerto Rico as a new territory in 1898, during the Spanish-American War. Velazquez said that since then, the island has “remained in a state of colonial limbo that flies in the face of the anti-colonial values upon which the American Republic was funded.”

Under the Puerto Rico Status Act, the U.S. would formally authorize and sponsor a vote next year that would give Puerto Ricans the option of U.S. statehood, independence or sovereignty in free association with the U.S.

Many, however, argue that the bill was rushed to the floor and doesn’t stand a chance of becoming law.