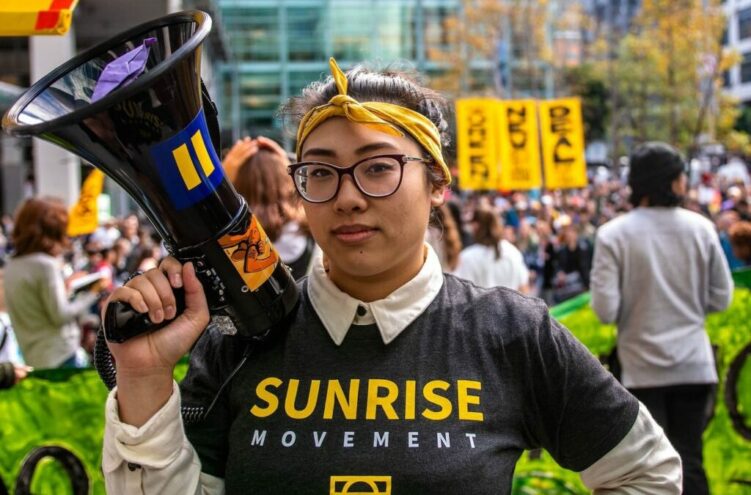 Tuesday on Twitter, the left-wing climate change activist group known as the Sunrise Movement, backed by left-wing billionaire agitator George Soros, predictably tweeted its support for the so-called Palestinians against Israel as terrorists rained down over a thousand rockets on Israel’s major cities.

The Sunrise Movement tweeted nothing about Palestinian terror attacks on Israeli civilians, mob violence against Jews in Israel, or environmental damage caused by fires set by Palestinian incendiary balloons.

Instead, the organization tweeted a thread declaring its “solidarity with Palestinians,” adding: “Climate justice cannot exist without collective liberation, and collective liberation is only reached when people are freed from colonial and imperial violence worldwide.” The Sunrise Movement also retweeted similar anti-Israeli messages from such raging anti-Semitic politicians as radical Reps. Ilhan Omar and Rashida Tlaib.

It’s unclear what tiny Israel has to do with colonialism or imperialism, or what “climate justice” is, but make no mistake: this Marxist revolutionary rhetoric cannot obscure the fact that what the radical left wants is to eradicate Israel and the Jews “from the river to the sea.”