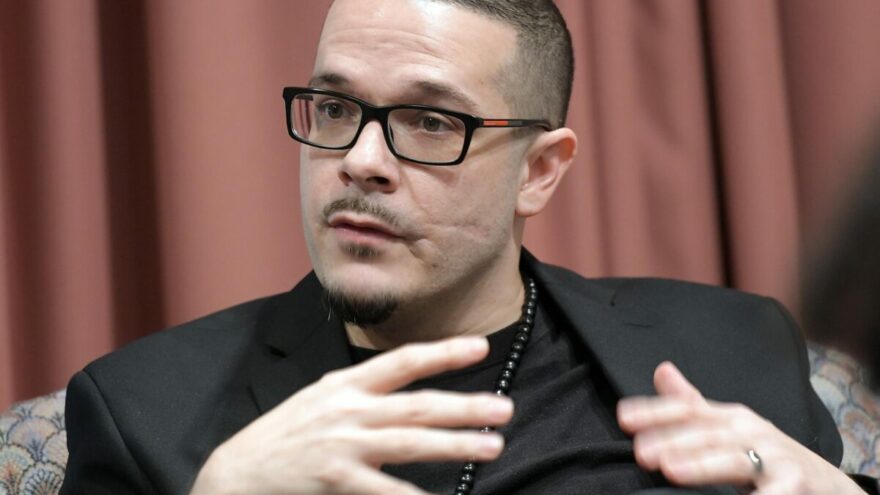 In an Instagram post on Tuesday, race-mongering activist Shaun King tried to justify his reported $40,000 purchase of a guard dog as protection from “white supremacists” — but failed to explain why his progressive political action committee picked up the tab.

King, whose whiteness has earned him the derogatory nickname “Talcum X,” also complained that strict gun control laws in New York and New Jersey prevent him from arming himself to protect his wife and kids from death threats purportedly made by “police, military snipers and white supremacist groups.”

“I have to say some things that I’ve worked hard to keep private for the safety and security of my family,” he began his statement. “But I need you to know this so that you understand why our family not only needs a guard dog at home, but 24/7 security wherever we go.”

“Before you talk about how I should defend myself with guns, New York City won’t even allow me to have a gun. New Jersey doesn’t have stand your ground laws and hardly allows you to even own guns,” he wrote.

Now you know what it’s like when your fellow Democrats infringe on your Second Amendment rights, Shaun.

In rambling follow-up posts, King also threatened the “motherf–kers that won’t leave me and my wife and kids alone,” warning, “I’m about to return this pain back to you.”

“I’ve been far too kind to all of you that have disrupted my life and made my wife and kids cry,” he wrote. “Not going to accept it. Cross my family again and see what happens.”

King’s rant came after the Washington Free Beacon reported Monday that his Grassroots Law PAC — which seeks to “end oppressive policing, incarceration and injustice” — made payments totaling $40,650 to Potrero Performance Dogs for a hulking mastiff named Marz. King later returned the dog because “he’s got a little too much energy to be a family dog,” Potrero posted on Instagram.

In his statement Tuesday, King insisted he spends “more time each day now thinking about how to keep my family safe than I do doing the actually [sic] work I’m called to do.” He added, “So know this, when you see reports about the money it costs to keep me and my family safe, it’s nowhere near enough. Not at all. Not even close.⁣ White supremacists and people who’ve meant my family harm have now shown up to our last three homes. Multiple times.⁣”

Talcum X offered no evidence that “white supremacists” show up at his house frequently, but it should be noted he has no problem with the actual black supremacists of Black Lives Matter and their supporters harassing conservatives in public and private spaces, violently attacking MAGA supporters, and laying waste to cities all across America with looting and rioting.