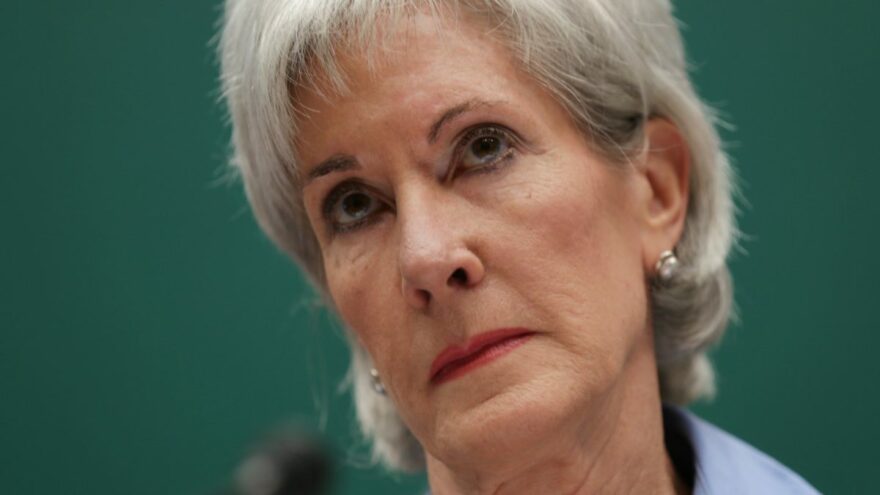 Sebelius: The Unvaccinated Should Not Be Allowed to Work

Tuesday on CNN’s OutFront, former Obama administration Health and Human Services Secretary Kathleen Sebelius said that Americans who have not received the COVID-19 vaccine should not be allowed to work or have access to children, and should be limited in where they are allowed to go.

“We’re in a situation where we have a wildly effective vaccine, multiple choices, lots available, free of charge, and we have folks who are just saying, ‘I won’t do it,’” Sebelius said.

There’s a reason they won’t do it: the untested “vaccine” which the government and media are hell-bent on forcing upon Americans is shown to have caused multiple serious health issues and thousands of deaths, and the long-term complications are a complete unknown as well. All to combat a virus with a 99% survival rate.

“I think that it’s time to say to those folks, it’s fine if you don’t choose to get vaccinated,” the totalitarian Sibelius continued. “You may not come to work. You may not have access to a situation where you’re going to put my grandchildren in jeopardy. Where you might kill them, or you might put them in a situation where they’re going to carry the virus to someone in a high-risk position.”

She added, “That’s, I think the point where we are, is freedom is one thing, but freedom when you harm others like secondhand smoke and issues that we’ve dealt with very clearly in the past you can’t drive drunk. You can drink, but you can’t drive drunk because you can injure other people. You can’t smoke inside of a public place where you can give cancer to someone else in spite of their never having been a smoker.”

So now she’s comparing, outrageously, the unvaccinated to drunk drivers and cancer spreaders.

Sebelius added, “So I think we’re reaching that point in the United States where those of us who are vaccinated, I want to take off my mask. I want to be able to live my life with vaccination, and right now, I’m being impinged on by people who say I don’t want to get vaccinated. It’s fine. I want them to maybe have a limitation on where they can go and who they can possibly infect.”

If the vaccine is so “wildly effective,” why should the vaccinated live in such fear of the unvaccinated?