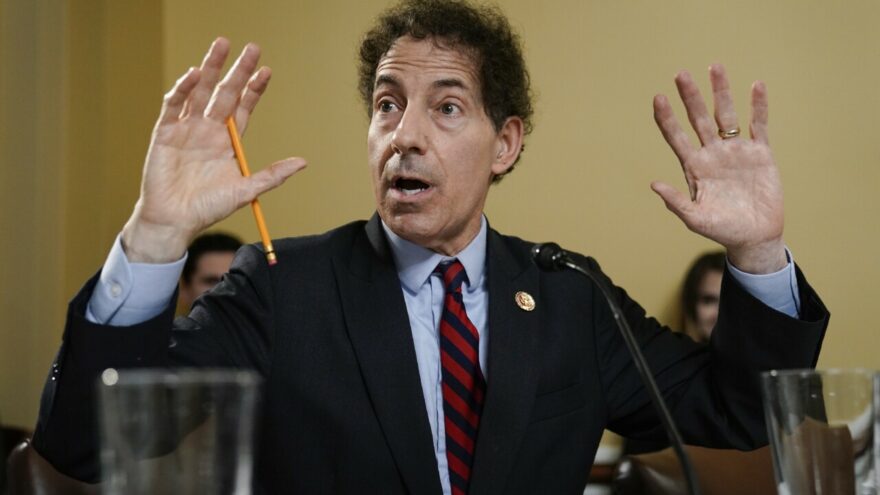 Raskin: We Don’t Want the Biden Docs to Be a ‘Political Football’

Sunday on CNN’s State of the Union, Progressive propagandist Rep. Jamie Raskin (D-MD) stated hypocritically that President Biden’s mishandling of classified documents should not be turned into a “political football.”

Asked why the president’s lawyers, who do not have security clearance, are doing the searching at the Penn Biden center in Washington and the president’s home instead of FBI agents or Justice officials, Raskin replied, “Well, that’s one of the things we can look at, what is the proper thing for a former president to do if he finds that there are government documents or classified documents that are in his possession. My understanding is they did the right thing by immediately alerting the archives and turning them over that day. Maybe there’s a different procedure for dealing with them that we’re unaware of. That’s a meaningful thing we could look at.”

Raskin doesn’t care, because the President is Democrat. Imagine his outrage, though, if it were President Trump’s own lawyers searching Trump’s home for classified documents. You can bet he would be fully aware of the procedures then.

“Obviously, we don’t want to turn this into just a political football. It’s a bit disturbing to me that people who are saying there’s no problem with what Donald Trump did, which was to defiantly reject any cooperation in turning over hundreds of classified documents, are upset by President Biden’s voluntary and a rapid turnover of a handful of documents that they found.”

Hypocrite. It’s Raskin and the Democrats who are trying to claim there’s no problem with what Biden did, while screeching for Trump’s scalp over the same issue.