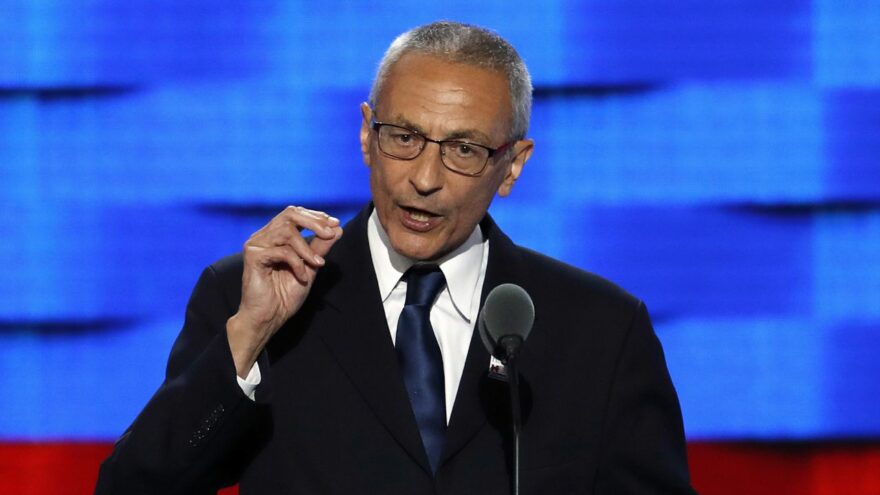 Recently-appointed White House clean energy czar John Podesta has hired several officials who have advocated in favor of far-left energy and climate policies to join his team, according to Fox News.

Podesta, who founded the progressive Washington, D.C.-based think tank Center for American Progress (CAP), has hired Kristina Costa, Alison Cassady and Joshua Peck to serve in the White House Office of Clean Energy Innovation and Implementation. The three officials have previously worked in private and public sector roles pushing climate policies and have past ties to Podesta.

Among its main tasks, Podesta’s office will be implementing the programs and grants included in the Inflation Reduction Act, Democrats’ $739 billion climate and tax bill passed over the summer. The legislation enables the federal government to distribute more than $350 billion worth of loans and grants to green energy projects nationwide.

Shortly after assuming the role, Podesta hired Costa to serve as the deputy for clean energy innovation and implementation in his office, a position that makes her a deputy assistant to the president as well.

Costa was most recently a senior adviser and speechwriter at the Department of State. Before that, she worked at a communications firm founded by Obama administration officials. And, between 2010 and 2019, Costa worked alongside Podesta in various roles at CAP, former Secretary of State Hillary Clinton’s presidential campaign and President Obama’s White House.

Throughout her career, Costa has repeatedly argued in favor of more government action to combat climate change. She argued in a CAP report published years earlier that climate change would disproportionately impact low-income and minority communities. Costa added that lawmakers must “take immediate action to curb the greenhouse gas pollution.”

Costa also co-authored a memo with the Climate 21 Project in 2020, saying the White House should hire a “single, forceful actor with the mandate to lead the President’s climate agenda.” The memo concluded that the Biden administration would “need to set ambitious goals,” push an agenda that achieves net-zero emissions by 2050 at the latest and position the U.S. to lead the world in climate policymaking.