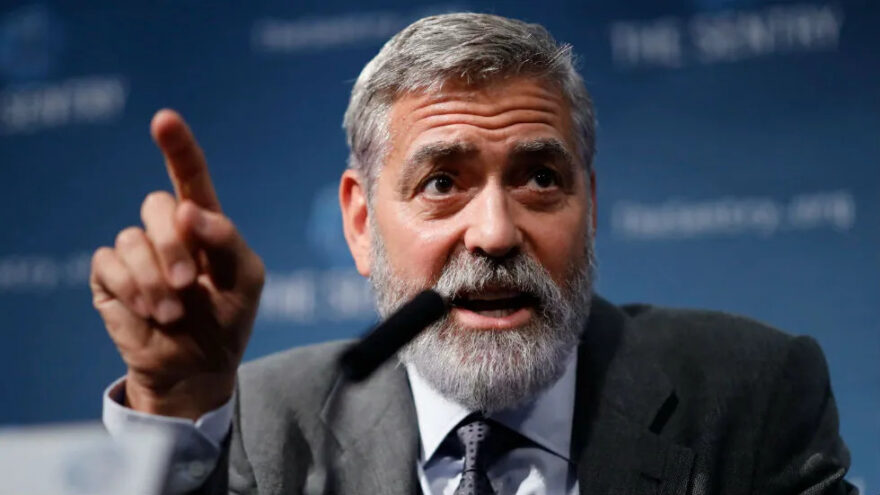 In a sneak peek of the Kennedy Center Honors, Matt Damon pays tribute to his fellow actor/activist George Clooney, who is one of the honorees, by revealing that Clooney once pranked fellow actor Richard Kind by defecating in his cat’s litter box.

“It has been said that my friend George Clooney is the last of the true movie stars. So, I got to thinking about exactly what that meant,” Damon said, according to E! News. “Of course, a number of past Kennedy Center honorees have certainly been movie stars in that classic sense. Actors with class and sophistication — Cary Grant, Henry Fonda, Paul Newman, Gregory Peck.”

“And then I think of George, a man who defecated in Richard Kind’s kitty litter box as a joke,” Damon recalled.

The prank apparently started out with Clooney continually cleaning the cat’s litter box, making Kind think his cat was constipated. “And then he takes the cat to the vet, and they give him this kitty Metamucil,” Clooney said on a podcast back in March, 2021. “And so now this little kitty is s—ting 15 times a day, and I am scooping it all up, because I have nothing else to do,” Clooney shared. “I have no idea why. It’s just funny.”

Clooney went on to say, “The light bulb, you know, goes off, and I realized what I must do, which is take a s— in the cat box. He’s in there for like a minute, and I don’t hear anything and then, all of a sudden, I hear, ‘Oh, my God! … I come in and I just, tears coming down my eyes, I’m laughing, and slowly he figures it out.”

Now that’s some class and sophistication.