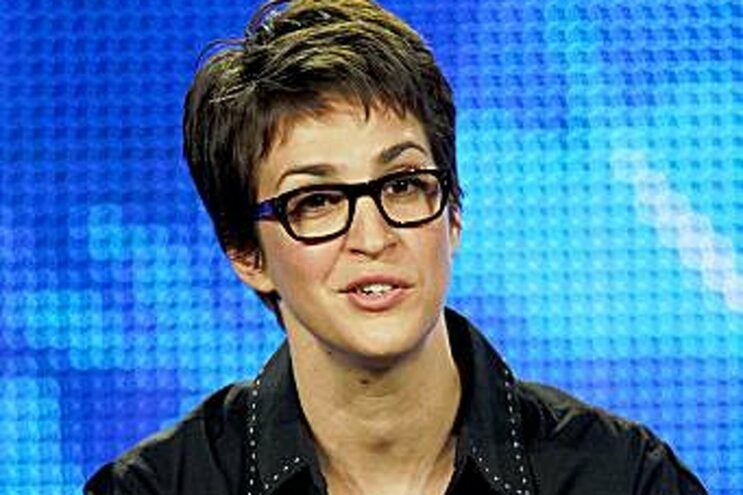 Maddow: GOP Wants to Go Back to ‘Good Old Days Where Everybody Was the Same Color’

Friday on MSNBC’s The ReidOut, network propagandist Rachel Maddow claimed with no evidence whatsoever that the Republican Party wants to “go back to the good old days where everybody was the same color.”

Discussing Donald Trump, Elon Musk and Kanye West, Maddow said, “A certain proportion of the American public likes this stuff and falls for it over and over again and discovers it anew, the same way every new generation believes they discovered sex. Every new generation of Americans believes they have discovered this efficient wave of the future where slow, boring democracy lets all the wrong people have decision-making power instead will be replaced with this efficient leadership who makes everybody believe what we believe, and we go back to the good old days where everybody was the same color.”

Good luck making sense of that tangled knot of verbiage. Somewhere in there, though, she managed to slip in the tiresome old smear that Republicans are racist.

She continued with her garbled, race-mongering messaging, “Antisemitism and authoritarianism are always sistered together. Always, always, always. When you see not only a rise in the expression of antisemitism but a sort of mainstreaming of it, and one of the major political parties of our two-party governing system flirting with it in a way that doesn’t immediately get denounced throughout the political system, like that, there isn’t a surprise I think that that’s going with the sort of proto-authoritarian movements you’re seeing in that same part of that party. Those things always go together.”

Oddly, Maddow didn’t address the fact that it is the Democrat Party that is rife with antisemitic voices, nor the fact that Donald Trump has never uttered an antisemitic statement and is the most pro-Israel president in American history.