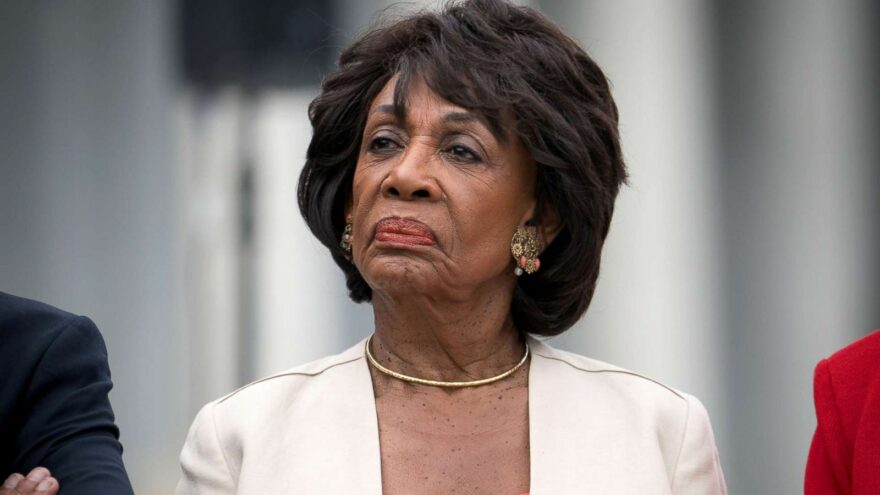 Mad Max: GOP ‘Not Concerned About Being Successful,’ Only to Destroy Dems

Friday on MSNBC’s All In, unhinged hater Rep. Maxine Waters (D-CA) claimed that Republicans were “not concerned about being successful” because they got elected to Congress to “destroy” the Democrat Party.

Asked if she was confident that a House Majority under Republican Kevin McCarthy would be capable of bipartisan lawmaking, Waters replied, “I am worried because in their caucus, in the Republican caucus, you have people who are associated with QAnon and the Oath Keepers and the Proud Boys and these are people who are not concerned about being successful. They are concerned about trying to basically undo the Democratic Party, destroy the Democratic Party, and they will do anything.”

More Democrat projection. It is in fact, Democrats who are out to destroy the opposition and create a one-party state.

“As a matter of fact,” she ratcheted up her rant, “I am absolutely worried about our democracy. I am worried that when the ex-president of the United States says that the Constitution of the United States must be waived in some way, that is serious business. And, of course, we have gone through January 6th, and we have gone through an insurrection. What has bothered me so much is that the other side of the aisle often talked about patriotism, and they love the flag, and they were more patriotic than anybody else but watching what has taken place, I am stunned. And I am shocked that they would support those who invaded our Capital, stand up and say, ‘Oh, that was not an invasion of the Capitol, that was not an insurrection. Those are just protesters, you know, doing the work of a democracy. They have the right to do that.’ I am still shocked by all of that.”

Fact checks: 1) there was no attempted insurrection on January 6; 2) there was, however, an election in 2020 stolen by Waters’ party, and that is where the danger to democracy really lies.