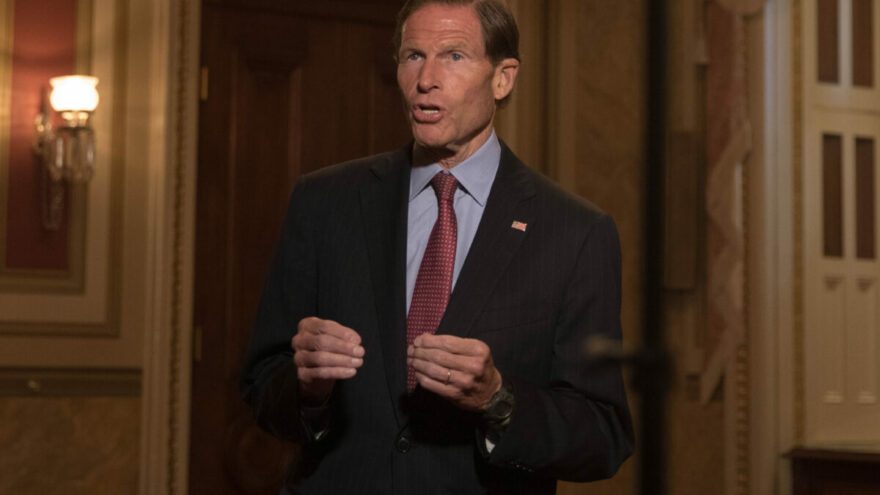 Last weekend on Breitbart News Saturday, Leora Levy, the Trump-endorsed Republican U.S. Senate candidate in Connecticut, spoke about her increasingly tight race against radical Sen. Richard Blumenthal and said that, while Blumenthal is a 37-year career politician, she is a “career American.”

Asked to explain her pathway to victory in the race, Levy replied:

Well, my pathway to victory is that I am running against a 37-year out-of-touch career politician who has voted 98.2 percent of the time for all of the failed policies of the Biden administration that are making life unaffordable in Connecticut, making life unsafe in Connecticut, making sure kids are indoctrinated not educated, and the voters of Connecticut are ready for change. They know that to change the policy and the outcome, they must change the leadership. And everywhere I go, I have independents who I’m winning. I have Democrats come up to me and say, “Don’t tell anyone, but I’m voting for you.” So I am appealing across the spectrum of voters.

“Dick Blumenthal stood with Black Lives Matter in June of 2020,” Levy said. “He approved the police accountability law that was passed here by the Democrats signed by the Democrat governor that removed their qualified immunity, defunded the police, created a climate – a general anti police climate in this state. And they are part of the problem.”

“I also have our policemen’s back. I want to find a way to provide qualified immunity for them from the federal level if they don’t have it on the state and local level. I will work so hard for the people of Connecticut, and they will have a real champion in me when I go to Washington,” Levy concluded.