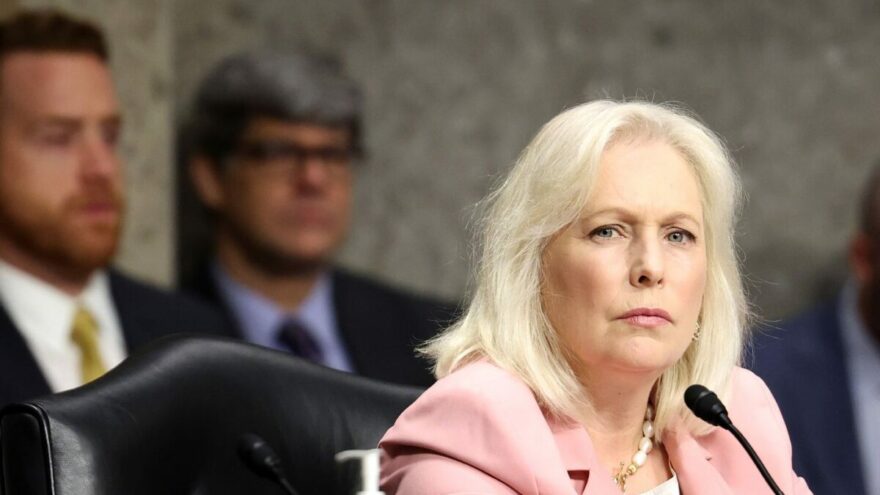 Claiming that she has “concerns with how the radicalization of America is affecting all aspects of American life,” Gillibrand said, “We need to have a reckoning with the American public and have a conversation about how this extremism in America has grown. And we have to name out white supremacists and supremacy as domestic terrorists, domestic extremist terrorists, and how to have common sense oversight over these internet sites and internet framework so we can actually put people back in charge of their data and their privacy that these companies have been able to monetize people’s personal data to create algorithms that target the most vulnerable, to make them more extreme.”

Presumably she’s also concerned, then, with how people become radicalized to join far-left, avowed anti-American movements like Antifa or the communist revolutionaries of Black Lives Matter or the anti-capitalist terrorists of Occupy Wall Street, all of whom have done far more murderous damage to America than random white supremacists.

“Whether convincing young girls to become bulimics or other disorders, or convincing shooters like the gunman in Buffalo to kill black people because of false ideology and radicalism,” she continued. Referring to the investigation into the January 6, 2021 chaos at the Capitol which the Left insists on falsely calling an “insurrection,” she continued: “And so, I think this committee in the House is essential. We have to get to the bottom about how so people were so hatefully radicalized to harm our democracy and to try to overtake the U.S. Capitol.”

What she and her far-Left totalitarians want is not to prevent radicalization, but control over the flow of information online, to crush dissent and political opposition.