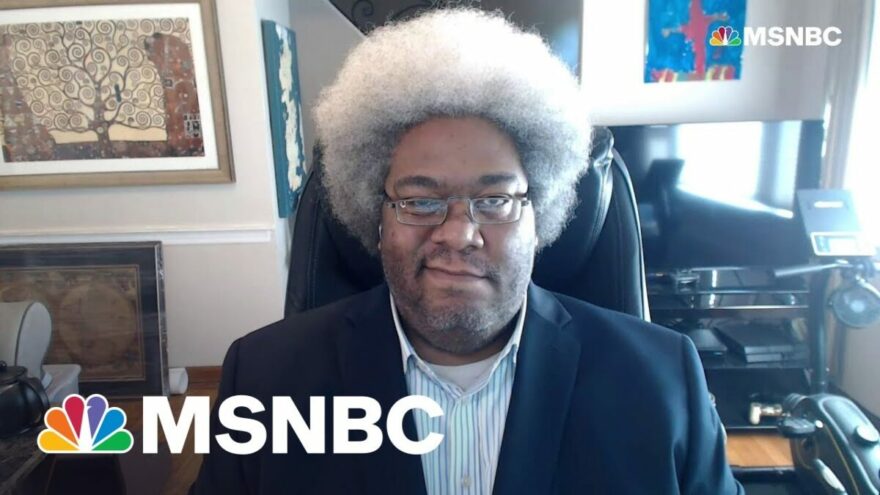 Network political commentator S.E. Cupp ranted, “Because people like Kanye West occasionally say things that seem adjacent to the right-wing political agenda, they are completely willing to exploit him and, yes, even defend rank anti-Semitism. Because Tommy Tuberville is standing at a Trump rally and saying the right things and naming the right enemies, Republicans are fine with his naked racism. Herschel Walker is an obvious hypocrite, obvious. Whatever you think about abortion and I don’t like abortion, he’s an obvious hypocrite, and that doesn’t matter. It is because Republicans have decided politics is more important than decency, honesty, conviction, integrity, any of these things. None of it matters, even if you’re antisemitic, racist or a hypocrite.”

Mystal said, “Is this where I get to say I told you all so? This has been their party for a long time. At some point Republicans need to look to themselves, look at the kinds of policies they’re promoting, look at the way they want the country to be and ask why do our policies attract the worst people possible? Like they have to ask that question at some point to move forward from what has happened to their party.”