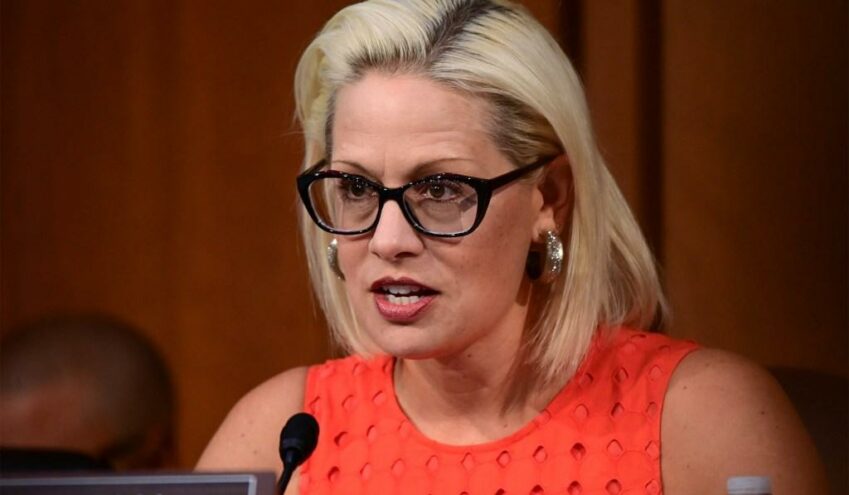 In an interview with CNN’s Jake Tapper released on Friday, Sen. Kyrsten Sinema, who recently sparked Democrat outrage by switching her affiliation to Independent, stated that she supported President Biden in 2020 because she “felt at the time he was the best candidate running for President” — but declined to say if she’ll support him next time around.

Tapper asked, “Looking forward to 2024, will you support Joe Biden for President if he runs?”

Tapper interjected, “But he ran in 2020 and you supported him.”

Sinema responded, “Yes, I did. I felt at the time he was the best candidate running for President.”

Tapper then asked, “So you really are going to view the 2024 election as an independent? You are not automatically going to go with the Democratic candidate? You’re going to see which one you prefer?”

Sinema answered, “Jake, that’s how I view everything.”

Tapper then asked, “But your vote — you’re up for grabs is what you’re saying?”

Sinema responded, “I always make my decision — which I think is also consistent with Arizonans and frankly, most people across the country — I always make my decision based on who I think is right for our country, who is the best person for the job. And it doesn’t matter to me much whether that person is affiliated with any party or which party they’re affiliated with. What matters to me is the quality of the person and whether or not he or she is the right person for that job.”

What a refreshing concept. Other Democrats should try that sometime.