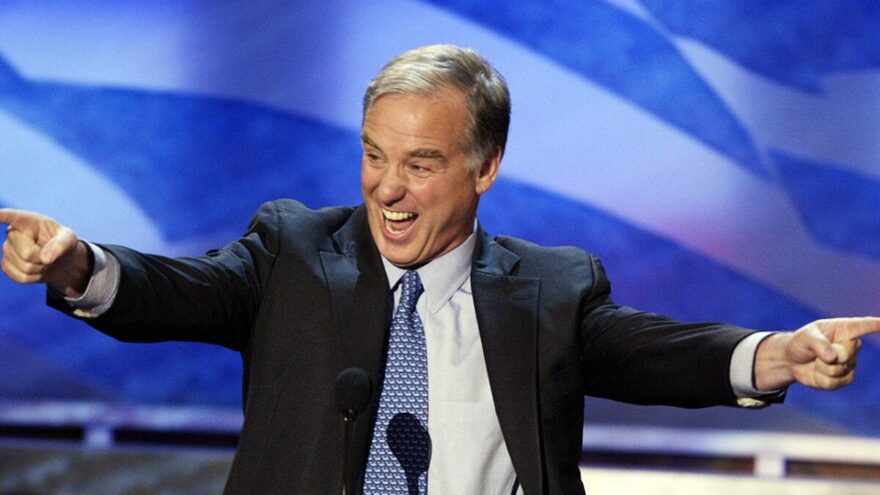 Dean: DeSantis ‘is a Fascist,’ ‘Much Scarier’ than Trump

Tuesday on MSNBC’s The Beat, former Democratic National Committee chairman Howard Dean, who can always be counted on to spew unhinged hate for his political opponents, called Gov. Ron DeSantis (R-FL) a “fascist” who is “much scarier” than former President Trump as a potential 2024 Republican presidential nominee.

Asked if he thinks Trump will run again in 2024, Dean rambled, “I don’t think it is a done deal at all. I have no idea what his calculation is. But you know, we won in Georgia, particularly in the Senate, because of Donald Trump. Because there were a number of Republican women, moderate Republican women in the suburbs who couldn’t stomach voting for this crook, this disgusting person. They just couldn’t. And that’s happening all over the country every day the more stuff that comes out. I’m actually hoping Trump does run.”

He added, “I think Trump’s calculation is mixed up with his illness, narcissism, acute narcissism, and it is mixed up with his political calculation, which he’s not very good at. There are a lot of younger people in that party that are much scarier. DeSantis, for one, who requires, just today announced he would require all students in Florida’s colleges to declare their political views. I mean, this guy is a fascist. Trump is too narcissistic and ill to be a successful fascist even though he has all those instincts. I think he will be easier to beat than any of the other potential candidates.”

Here is the reality: the far Left demonizes anyone they fear as a political threat to be fascist, racist, a white supremacist, Hitler personified, etc. These meaningless smears are not serious political commentary. The fact that Dean and his Democrat comrades are already trotting out these ugly labels before DeSantis even announces whether he’s running in 2024 show that they deeply fear him — and rightly so.