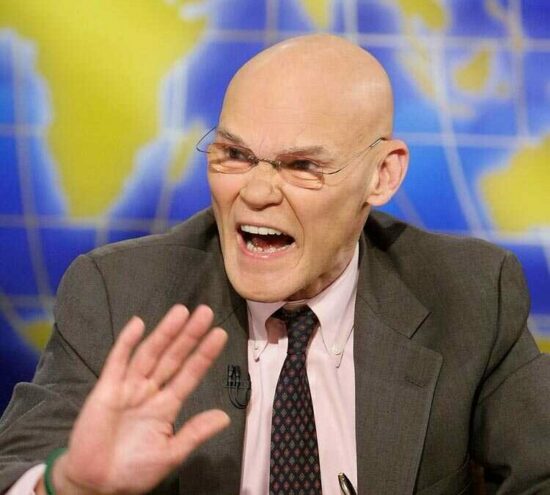 Crank Carville Accuses MAGA Republicans of Being on Crack

Monday on MSNBC’s The Beat, Democrat consultant and skeletal crank James Carville declared that the MAGA Republicans who control the GOP were on crack cocaine.

Monday on the Senate floor, Sen. Chuck Schumer said, “I say to my Republican colleagues, embracing the MAGA way of divisiveness, nastiness, negativity without constructive compromise, that’s how Donald Trump wanted it. Some of our colleagues follow him. That will be a disaster. That will be wrong. It will be bad for America, but it will also be bad for the Republican Party because these elections have shown that the MAGA Republican way is not where the American people want to be.”

Carville said, “There’s no danger that they’ll take this advice. I think Senator Schumer knows it. MAGA still runs the Republican Party. That’s who they are. They’re not going to change. They have everything invested in this. They’ll say, look, we barely lost because we weren’t MAGA enough. We tried to run some of these squishy candidates. Of course, that is not true, but that’s what they’re going to tell themselves. They can’t get off it. They are on the crack. You just watch. There’s all this, ‘Oh no, wait a minute – we’re going get the Republican Party back, and we’re going to have George H.W. Bush.’ No, you’re not. It’s gone, bye-bye. MAGA is running the show. I expect they will run the show for the foreseeable future.”

Hopefully, this time Carville is correct: that the MAGA patriots are running the show and will continue to, because the alternate is to settle for an impotent, “squishy” GOP controlled by the Democrat Party.