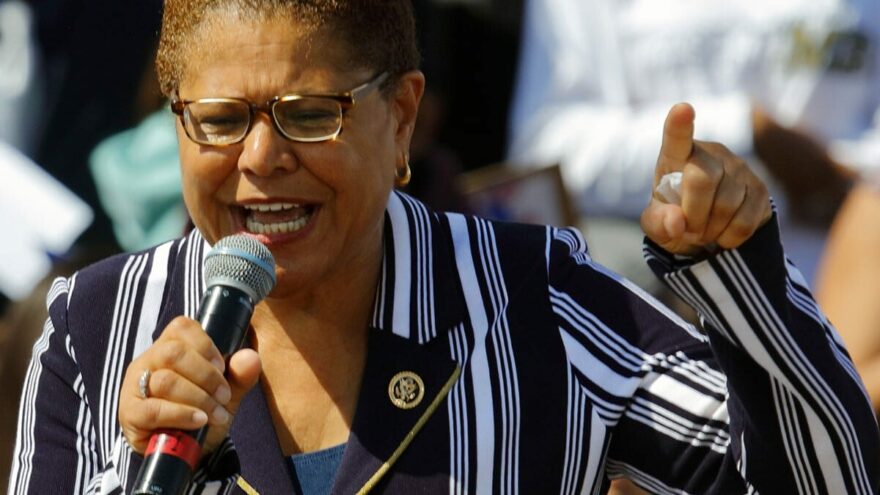 “I’m proud to endorse Karen Bass for mayor of Los Angeles because she’s a proven leader who will bring Angelenos together to solve problems while championing women’s rights and opportunities for young people,” the corrupt Saul Alinsky acolyte Clinton said.

“I am honored to have the support of @HillaryClinton, a trailblazing leader who understands how high the stakes in this election are for women and for everyone whose rights are under attack,” Bass gushed in return.

Bass will run against billionaire real estate developer Rick Caruso (also D) in a runoff election in November. The race has largely been centered on the issues of surging crime and homelessness in the Democrat-run city.