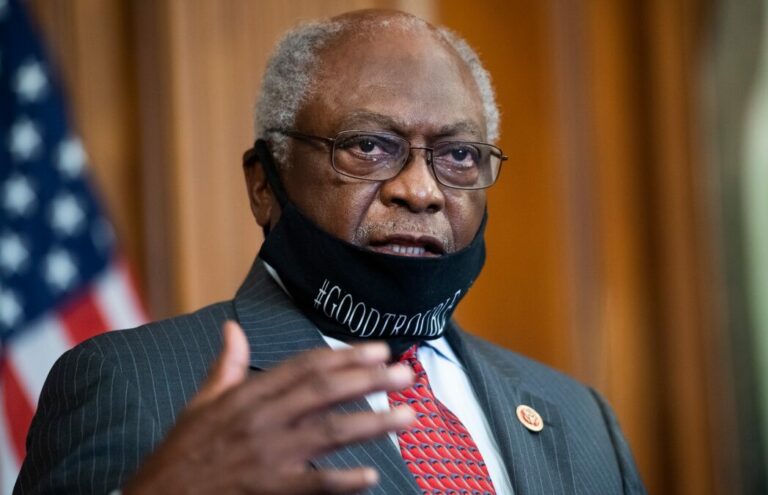 Clyburn: Dems Must Negotiate with Republicans on Debt Ceiling

Monday on NBC’s MTP Now, Rep. James Clyburn (D-SC) stated that while he thinks the debt ceiling shouldn’t exist as a matter of law and failing to raise the debt ceiling would be catastrophic for the United States, Democrats should negotiate with Republicans on raising it.

Clyburn said, “Well the first thing I want people to understand, that when you’re talking about the debt ceiling, I have two problems with it: Number one, I have been advocating since before I got to Congress and ever since I’ve been in the Congress, that that’s something we ought not have anyway. What other country has got a debt ceiling that’s codified? Now, having said that, you cannot play Russian Roulette with this country’s future, this country’s credibility. And nothing can ruin credibility of a country quicker than for people not to be able to depend upon you to keep your word.”

The host cut in to ask, “[V]ery quickly, should Democrats negotiate on this issue, just yes or no?”