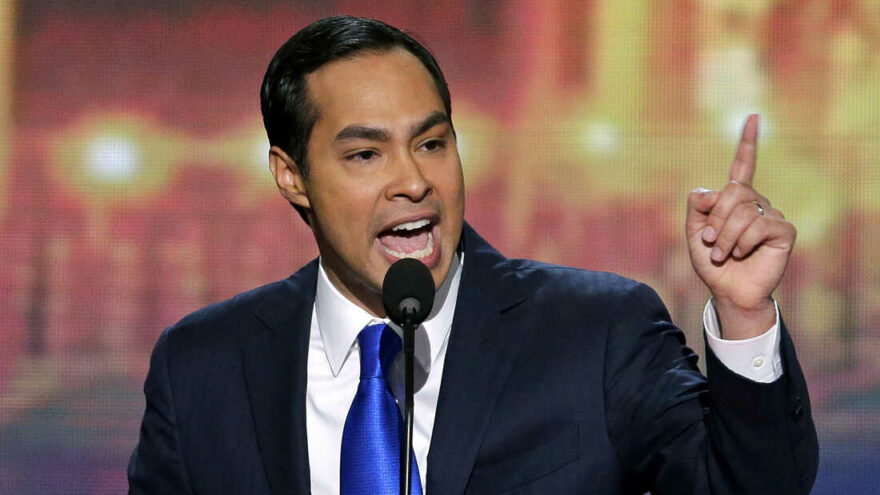 Castro: GOP Base ‘Gets Its Kicks’ from Cruelty Toward Migrants

Former HUD Secretary Julian Castro, now an “analyst” for the far-Left propaganda outlet MSNBC, said Tuesday on The ReidOut that the base of the Republican Party got “its kicks” from cruelty towards migrants.

Discussing Gov. Greg Abbott (R-TX) bussing migrants to the vice president’s home in Washington, D.C., on Christmas Eve, Castro said, “It’s an important point to remember, these are human beings, and it says something about Greg Abbott that he’s willing to be this mean, this intentionally cruel, to have people duped into going to a place, being dropped off on the side of the road, many of them without even a jacket on, including as you pointed out, kids.”

He added, “That kind of cruelty also says something, I think today, about the Republican Party and where it is, that you have people like Abbott and DeSantis trying to figure out who can be the biggest jerk and thinking that is a way they’re going to get elected perhaps in a 2024 Republican presidential primary. Greg Abbott is somebody that has been angling to get on the presidential election track for a long time. I think that he sees this as completely consistent with that. He thinks he’s scoring political points by doing that. I really don’t know what’s scarier, the fact you can have somebody that cruel, that mean in office, in such a position of power, or that there’s something underneath that which is a base of the Republican Party that gets its kicks by this kind of cruelty toward people.”

Rather than addressing the Democrat-instigated border crisis that explains why GOP governors are shipping illegals directly to Democrat leaders’ doorstep, Castro has nothing to offer but ugly ad hominem attacks like this — because Democrats can’t debate the issues on the facts and merits, and can’t defend their policies.