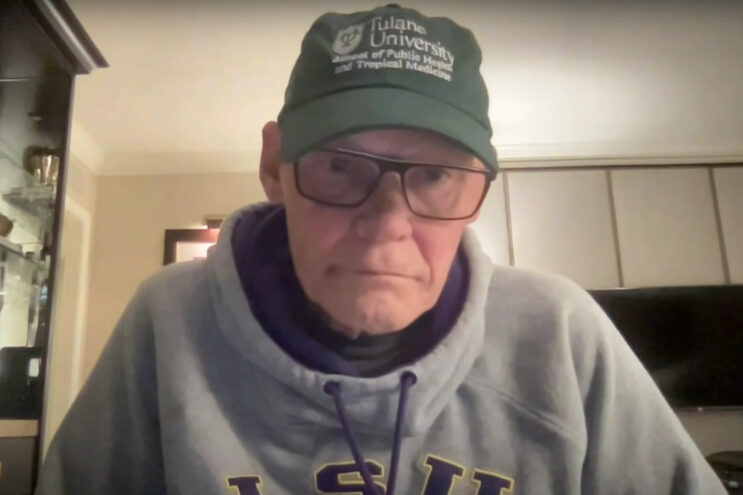 Carville: Trump Won’t Be the ’24 Nominee – He’ll Be in Jail Soon

Tuesday on the Conversations with Bill Kristol podcast, Democrat consultant and cadaverous crank James Carville predicted that former President Trump will not be the 2024 Republican nominee because he will be in jail soon.

Carville said, “He is done. After all this obsession, of all these years of him occupying the front part of your mind, when you think about it, you just wonder how fast it’s going to be before he goes to jail. He’s not going to be the Republican nominee at all. We saw what the post-Trump Republican Party looks like. Just go back and look at that Speaker’s race. This is not like, ‘Oh, thank God, Brent Scowcroft has walked back through the door, and everything is going to be just like it was before.’ No, it’s not. That’s not going to happen.”

Carville went on to list some likely candidates for the Republican nomination. He concluded by complaining that Florida Gov. Ron DeSantis is not a glad-handing “people person”: “You don’t have to be a hell of a fellow, a good old boy, to be effective at governance, but it does help. And he’s no such thing.”

Carville is rarely right about anything, but the mainstream media never bothers to check up on his predictions. And the Democrat Party has been declaring confidently and wrongly for seven years that Trump is going to prison any moment now.