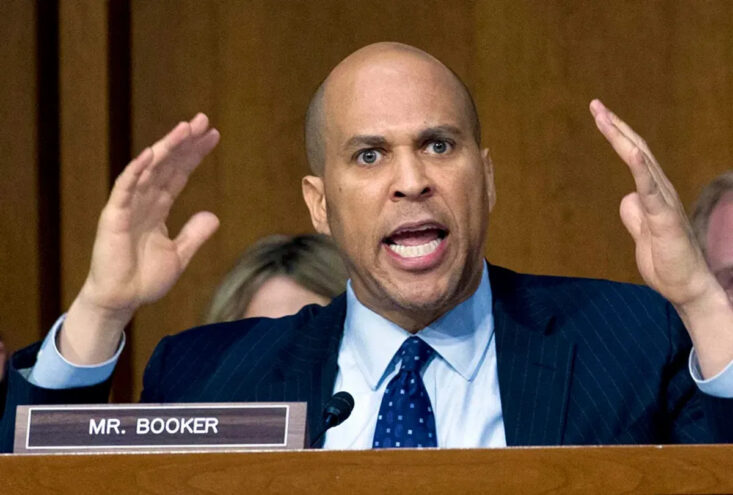 Propagandist anchor Wolf Blitzer said, “You said in the past, senator, you would support a 2024 run for President Biden. Given where things stand now, do you still feel that way?”

Booker said, “Oh, very strongly if the president makes the decision to run. I don’t think we can point to any president, maybe going back to LBJ that a president has had as much of a successful two years.”

Successful at what? Destroying the country? What shameless gaslighting.

And Blitzer, of course, did not challenge Booker’s outrageous lie. He just said, “So what are your biggest concerns right now for Democrats looking forward, senator?”

Booker said, “Well, you know, I think my biggest concern is we’ve had a constructive bipartisan Congress. A lot of the things wave gotten done, we’ve gotten done together. So I’m really worried about the House of Representatives and listening closely to what they say, what they’re talking about is not their idea to deal with inflation or help working families. I’m worried their focus is much more attacking President Biden, going after his son, and doing crazy hearings that are not going to be productive and constructive to what Americans really need right now.”

Yeah, crazy hearings like investigating the depth and breadth of Biden family corruption. We can’t have that: crazy hearings in which “Republicans pounce,” as the media likes to put it.