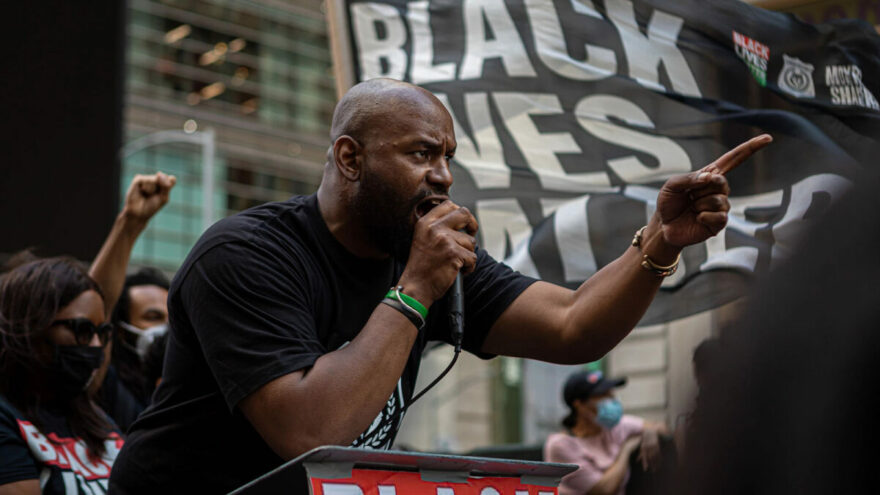 Newsome: NYC Mayor Adams is ‘a White Man in Blackface’

Newsome said, “This mayor who’s a Democrat, but he spews conservative and Republican talking points.”

“At the end of the day, we have a name for someone like this,” Newsome continued. “And this is someone we’d call a coon, right?”

Newsome continued: “He is a black man – he’s a white man in blackface, and a very conservative-minded white man, at that. So what we have is a man with hundreds of people on the city’s payroll, billions of dollars in budget, and 40,000 police officers. He has 10 victims in one night. The night before, he had 16 shooting victims on the train, and they say what are you going to do about policing, and he says what about BLM? Is America not smart enough to see him deflecting?”

Speaking of deflecting, the perpetrator of the train shooting was a black racist and BLM supporter, but Newsome skimmed right past that inconvenient detail, and past the larger issues of black crime and black-on-black violence.

The problem that the angry racist Newsome has with Adams is that the NYC leader of the communist revolutionary movement Black Lives Matter believes the police themselves are the problem. Until Adams gets onboard with that, Newsome feels justified in smearing him in the ugliest racial terms.