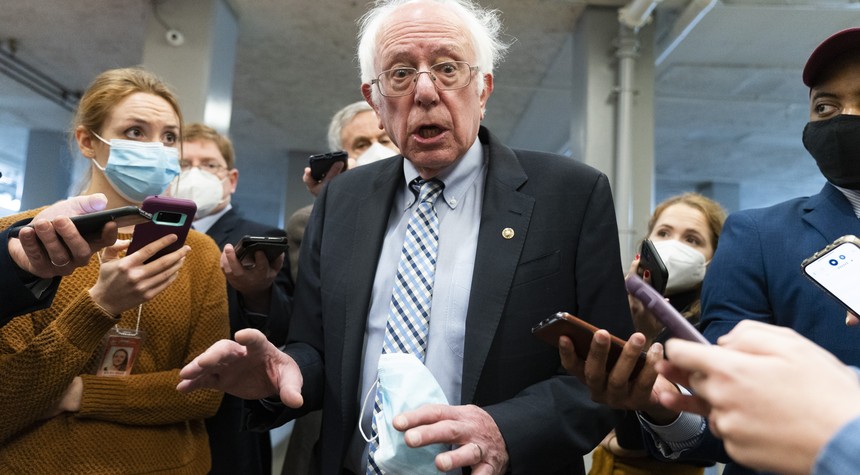 Bernie: Sinema is a Corporate Dem with No Guts to Take on Special Interests

Sunday on CNN’s State of the Union, Sen. Bernie Sanders (I-VT) said his colleague, recent Democrat defector Sen. Kyrsten Sinema (I-AZ), did not have the guts to take on special interest because she is a corporate Democrat.

Asked if he would support a Democrat opponent against Sen. Sinema, Sanders said, “I support progressive candidates all over this country, people who have the guts to take on powerful special interests.”

He added, “I don’t know what’s going to be happening in Arizona. We will see who they nominate. But certainly, it is something I’ll take a hard look at.”

Asked if Sinema has “the guts to take on powerful special interests,” Sanders replied, “No, she doesn’t. She’s a corporate Democrat who has, along with Senator Manchin, sabotaged enormously important legislation.”

By “corporate Democrat,” the lifelong communist multi-millionaire Sanders means she isn’t radical enough for his taste.