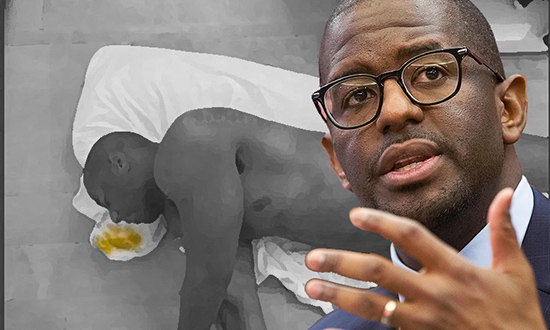 Florida Democrat Andrew Gillum, who lost a close 2018 election to Governor Ron DeSantis before being found in a motel unconscious with drugs and a male escort, will have to face trial on federal charges including fraud and lying to the FBI.

U.S. District Judge Allen Winsor declined last week to throw out the case against Gillum, calling his claims the charges were brought because he is black “meritless.”

Gillum met with FBI agents posing as developers while he was mayor of Tallahassee and during his campaign for governor. His team sought donations from the undercover agents, allegedly suggesting they not be listed as political contributions.