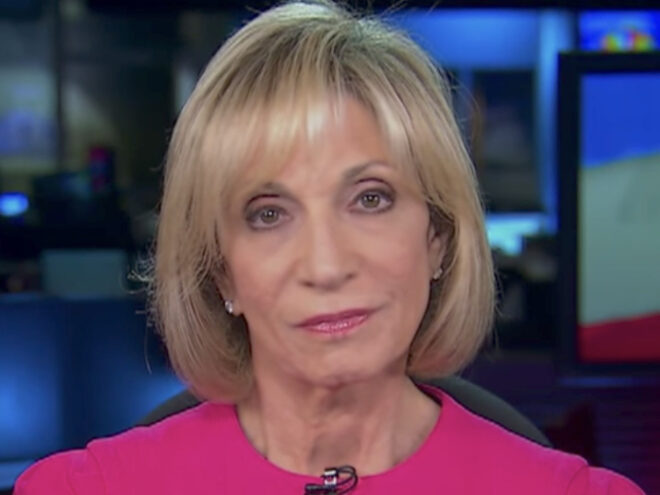 In a bizarrely uncomfortable moment on MSNBC Thursday, host propagandist Andrea Mitchell scolded a reporter in the middle of his report for using the term “pro-life.”

Reporter Garrett Haake was explaining to Mitchell why Rep. Nancy Mace, R-S.C. had voted for two “anti-abortion bills” this week, despite telling MSNBC she wished her party would focus on birth control access as a measure to stop abortions.

“She told reporters after the fact that at the end of the day, she was, as she described herself, ‘pro-life,'” Haake said of Mace. “She felt it was important to vote for these measures despite their potentially politically damaging — or politically unappealing appearance, if you will —”

“Garrett, let me just interrupt and say that pro-life is a term that they — an entire group wants to use. But that’s not an accurate description,” Mitchell corrected him.

“I’m using it because it’s the term she used to describe herself, Andrea,” a miffed Haake responded.

“I understand. I understand,” Mitchell mumbled. A long awkward silence ensued until Mitchell finally added, “Anyway, that was her explanation.”

Mitchell has such a far-Left bias that she couldn’t even stop herself correcting a colleague using the term “pro-life” despite it being appropriate in the context of his report. She had to interject in order to delegitimize the label as “inaccurate” — even though it is accurate. Pro-lifers are those who favor choosing life over abortion. In what way is the term “inaccurate”? Mitchell didn’t say, because she couldn’t.