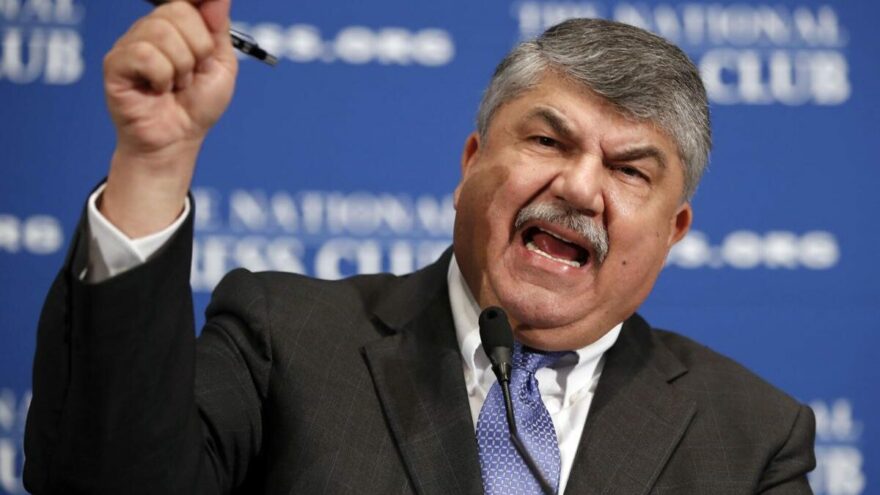 The AFL-CIO confirmed in a statement today that its president Richard Trumka died Thursday at the age of 72.

He had been president there since 2009, after serving as the organization’s secretary-treasurer for 14 years. From his perch, he oversaw a federation with more than 12.5 million members and ushered in a more aggressive style of leadership.

“The labor movement, the AFL-CIO and the nation lost a legend today,” the AFL-CIO wrote. “Rich Trumka devoted his life to working people, from his early days as president of the United Mine Workers of America to his unparalleled leadership as the voice of America’s labor movement.”

Senate Majority Liar Chuck Schumer announced Trumka’s death from the Senate floor. “The working people of America have lost a fierce warrior at a time when we needed him most,” he gushed. President Joe Biden called Trumka “a close friend” who was “more than the head of AFL-CIO.”

Such eulogies neglected to mention that Trumka was a bullying, power-mad leftist who supported illegal immigration and worked with the Communist Party USA.